Minister for Health, James Reilly TD, will officially launch Peamount Healthcare’s Centenary Year celebrations next Monday, 30th January. The launch will take place on the Peamount Campus near Newcastle Co. Dublin. The Mayor of South Dublin Councillor Catriona Jones will also be in attendance. Following a short tour of some of Peamount’s facilities the Minister will address an invited audience from health and statutory services in the region, the local community and staff and Service Users of Peamount Healthcare. Peamount Healthcare was founded in 1912 as a Tuberculosis (TB) Sanatorium. During its long and distinguished history, Peamount Healthcare has seen many changes in the range of services it provides. Today it provides Rehabilitation Services for older people and people with respiratory conditions, Residential Services for older people and people with a neurological or intellectual disability and Community Servicesincluding day care facilities, an education centre and the provision of primary care services to the community. The centrepiece of the Centenary year celebrations will take place on Thursday, 21st June, the 100th anniversary of the purchase of Peamount Farm. President Michael D. Higgins, will attend this keynote event. In celebrating its centenary year Peamount Healthcare’s core values, standards of care and responsiveness to emerging needs remains. The Service continues to develop as a relevant, progressive, and recognised health and social care establishment providing the highest standards of health and social care to the community.

Peamount Healthcare was founded in 1912 as a Tuberculosis (TB) Sanatorium by Lady Aberdeen and the Women’s National Health Association (WHNA). Formed in 1907 the WHNA was an extraordinary movement of volunteers who undertook one of the first public health education programmes in Ireland. At its height the association had 18,000 members who carried their public health campaign the length and breadth of the country. One of their many initiatives was a horse drawn caravan called Eire that toured parish halls with displays and literature educating the public about disease prevention. It is estimated that over 100,000 people attended these presentations.

Ultimately the WHNA concluded that they should also address the treatment of TB. They acquired the farm in Peamount, near Newcastle, Co. Dublin in June 1912 and quickly commenced construction of a new Sanatorium. The first patients began arriving early the following year. From the outset the WNHA were determined that Peamount would be in the vanguard of clinical practice and would operate to the highest standards possible. Peamount became the largest such facility in Ireland and developed into a centre of excellence for the quality of care provided to its patients. 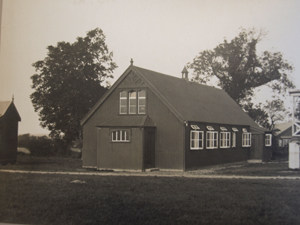 Today Peamount Healthcare is an independent voluntary organisation that, in partnership with the Health Service Executive and colleagues in the community, provides a range of health and social care services to the community. We help people return home after a serious illness, we provide safe and person centered residential care for those who need it, and we support people to live as independently as possible in the community. The Service employs over 400 qualified staff on its extensive campus and in the community.